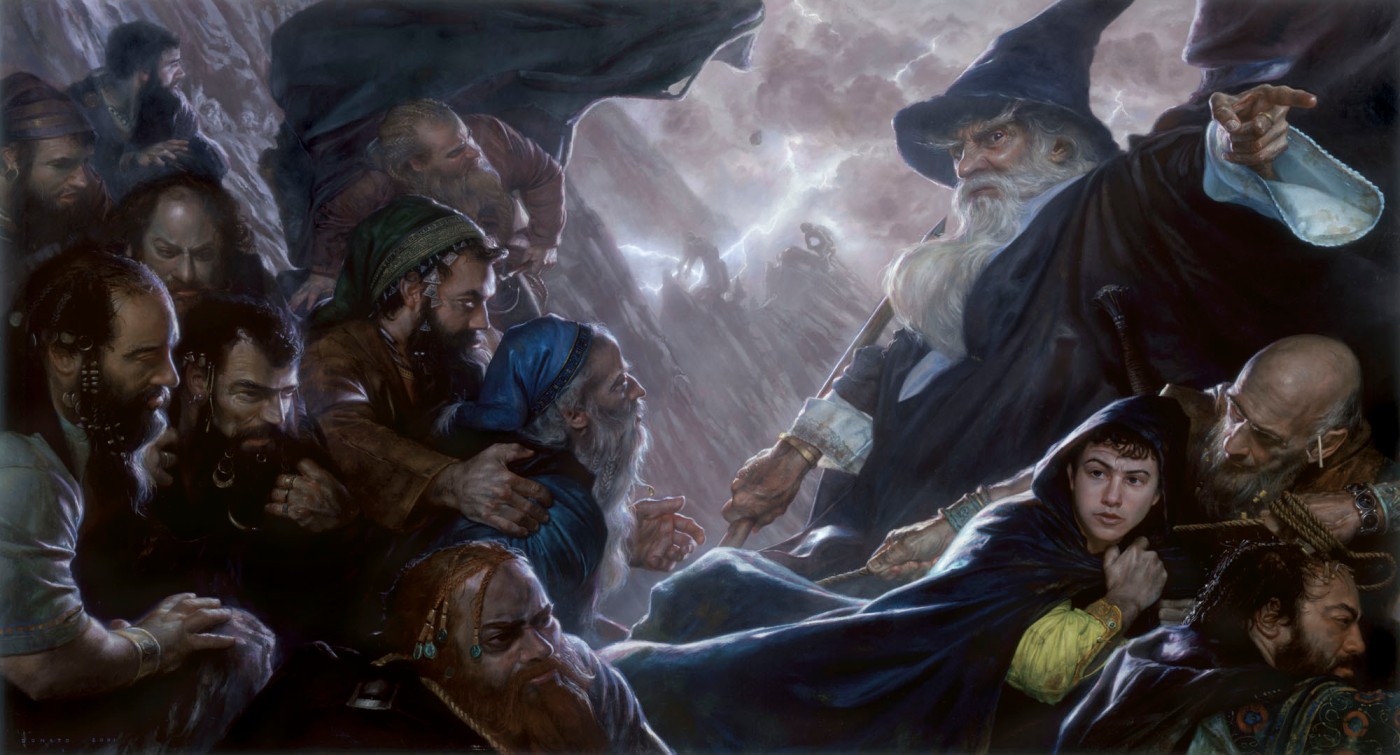 It was a dwarf with a blue beard tucked into a golden belt, and very bright eyes under his dark-green hood. As soon as the door was opened, he pushed inside, just as if he had been expected. He hung his hooded cloak on the nearest peg, and “Dwalin at your service!” he said with a low bow.
[The Hobbit, Chapter I, ‘An Unexpected Party]
Bilbo was wearing a dark-green hood (a little weather-stained) and a dark-green cloak borrowed from Dwalin.
[The Hobbit, Chapter II, ‘Roast Mutton’]

Bilbo had escaped the goblins, but he did not know where he was. He had lost hood, cloak, food, pony, his buttons and his friends.
[The Hobbit, Chapter VI, ‘Out of the Frying Pan and into the Fire’]

From a locked drawer, smelling of moth-balls, he took out an old cloak and hood. They had been locked up as if they were very precious, but they were so patched and weatherstained that their original colour could hardly be guessed: it might have been dark green. They were rather too large for him.
[The Lord of the Rings, Chapter 1, ‘A Long-expected Party’]

One has to wonder: if he lost his cloak and hood on his outward journey, where did these, which are so patched and weather-stained, come from?

Indeed within a week they were quite recovered, fitted out in fine cloth of their proper colours, with beards combed and trimmed, and proud steps.
[The Hobbit, Chapter X, ‘A Warm Welcome’]

This could indeed be our answer. Yet it does seem to focus primarily on the dwarves. Bilbo, of course, has no beard. And as he was borrowing a cloak from Dwalin anyway, it could be argued that he didn’t have a proper colour.

Also, if he was re-kitted out with fresh gear, why would they not make the new cloak-and-hood to Bilbo’s own measurements? Why were they ‘rather too large for him’? Are we to assume that they made a replacement spare cloak-and-hood for Dwalin, and that Bilbo again borrowed one? That seems so unlikely.

But I suppose, as ever, the final word lies with Tolkien, as well it should:

His sword, Sting, Bilbo hung over his fireplace, and his coat of marvellous mail, the gift of the Dwarves from the Dragon-hoard, he lent to a museum, to the Michel Delving Mathom-house, in fact. But he kept in a drawer at Bag End the old cloak and hood that he had worn on his travels; and the ring, secured by a fine chain, remained in his pocket.
[The Lord of the Rings, ‘Prologue’]