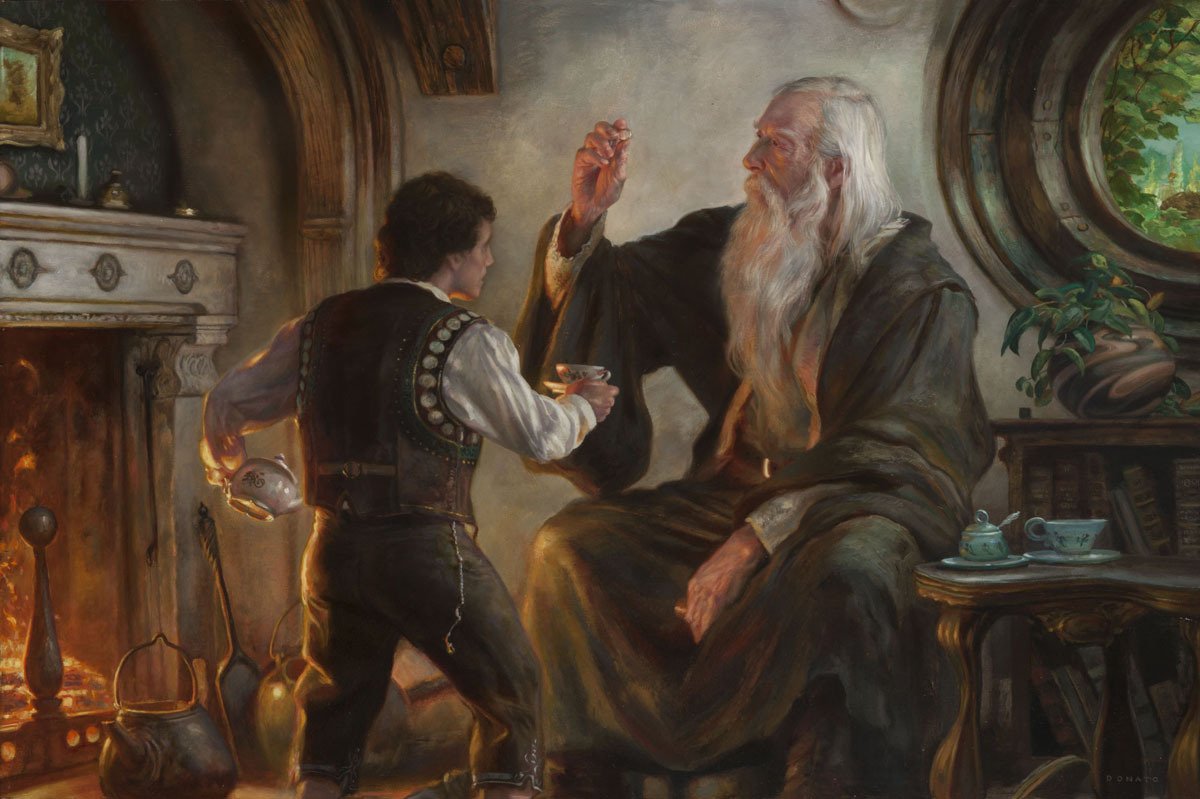 Lucy and I finished up The Shadow of the Past tonight. We discussed everything slowly, taking our time on any questions she had. She’s particularly interested in the “9 Mortal Men”, who Gandalf calls Ringwraiths. And when it was revealed that any who possess and use a Great Ring for a long period of time begin to fade, eventually becoming invisible, we tied these two ideas (the 9 men and invisibility) together. I asked her to imagine an enemy — like Voldemort — who was after her (specifically, out of all the people in the world). Then I said to imagine it’s not Voldemort but someone worse … someone more powerful, who also happens to have an army … and 9 invisible men to help. It made an impression.

She asked me afterwards why Gandalf didn’t want Frodo to let anyone know anything about what was discussed. I pointed out that Gandalf had also warned Frodo about the Enemy having many spies, and you never knew who could be listening. “Like invisible men!” she said.

I never actually considered that. I don’t think Gandalf seriously thought the 9 could be near. If he had, I don’t think they (Gandalf and Frodo) wouldn’t be sitting in Bag End discussing it at length; they’d be running.

But… I’m shocked that the idea never occurred to me.